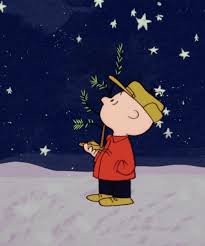 I wonder if the pressure of the month is hitting you.  I started to feel it about the first week of December.  When the countdown of the month began.  Then I was struck with the reality of so many people hurting around me, whether emotionally for a multitude of reasons, or physically as this is the time of year when people have surgeries as deductibles are met.  Whatever your circumstances, you might be feeling pressure by now.  You are not alone.  Throughout Scripture we are given the picture of friends leading their friends to Jesus.  So friends... I'm going to introduce you to an old friend who is going to lead us in a prayer to Jesus today.  Jesus is already listening...

Born in 1491, the youngest of 13 children, Inigo Lopez de Loyola was a member of aristocracy in Spain.  He lost his mom at age 7 and was raised by the wife of a local blacksmith.  He became soldier with a reputation of emerging from battle unharmed.  Unfortunately one battle he was wounded by a cannon ball to the legs.  Ouch!  It was then that his physical suffering caused him to increasingly devote himself to his faith.

By 1522 he entered the monastery, leaving everything material behind, even giving his military clothes to a poor man.  What he did not expect was the depression and anxiety he would experience when life became quiet.  He learned that these thoughts were not from God.  This understanding helped him to be grounded in reality once again, not overcome with the barrage of lies from the depression and anxiety.  He began to write about his experience and create exercises that would encourage people that are used to this day.

I often tell people who are suffering with mood disorders that this is one of the areas where the brain tells you that you don’t have a problem.  In fact, it tells you it’s your fault.  Match that with the culture of the church (at times) that underlines that.  Not being understood when your brain is not working makes everything worse.  I hope this prayer from someone who did understand helps you feel known.  He understands your hearts cry to the Lord, even if other people do not.  When we are hurting we often don’t know how to pray, but this friend does.

O Christ Jesus
When all is darkness
And we feel our weakness and helplessness,
Give us the sense of Your Presence,
Your Love and Your Strength.
Help us to have perfect trust
In Your protecting love
And strengthening power,
So that nothing may frighten or worry us,
For, living close to You,
We shall see Your Hand,
Your Purpose, Your Will through all things.