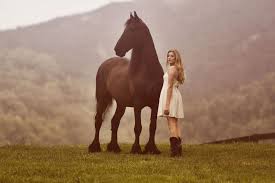 I grew up with horses.  My dad gave me his horse "Mike" (A.K.A. Gold Admiral) when I was about 10 years old after the horse I was riding decided to roll around in the dirt with me ON him.  Now, Mike was a gentle, 16- hand, chestnut-colored Morgan.  He and I wandered the canyons of my hometown, found a waterfall to picnic near, often walked to friends' houses, and raced up the steep road home until he was foaming hot.  I grew up with him.  He was my buddy.  We spent years in 4-H together doing horse shows, even making it to the California State Fair one year.  When I would meet people named Mike I would exclaim, "Hey, that's my horses name!"  My friends would shake their head in embarrassment.

Fast forward to my counseling internship 17 years ago.  I was excited at an opportunity to learn about Equine Assisted Therapy (Therapy with Horses).  What could be better than using my new skills as a Marriage and Family Therapist with my love for horses!  The day came for the training but, sadly, I had a miscarriage.

Proverbs 13:12
"Hope deferred makes the heart sick, but a longing fulfilled is a tree of life."

My heart was sick for quite a while, especially with the loss of the baby.  But God was gracious in eventually fulfilling our dream for children.  Our tree of life now consists of three growing teens!  The thought of equine therapy was shelved for another season as I was busy with my family and work, then going through medical issues.  Life didn't allow me to take on this type of therapy training... until now.

Chief is the biggest horse at the stable, a beautiful Bay that is so friendly you just want to hug him.  At least I do.  He is part Clydesdale.  During the training we were observing the horses and I realized that I was drawn to him because big horses feel safe to me.  Having been given a big horse by my dad when I was 10 allowed me to feel this way.  So, proportionately, as an adult, Chief is about the same size as my horse Mike would have been to my 10 year old self.  Leading him in the arena felt normal.

During my initial meeting with the founder of the program, she mentioned that she began 17 years ago.  She began when I originally planned to start.  It was her program that I had signed up for all of those years ago. She was the trainer.  Full circle moment, eh?  Turns out she is a MK herself, so she understood my passion for missionaries to find places to process their trauma.  Horses have a way of helping you connect to your memories, your feelings, and that helps you heal.

Timing... God's timing.  Do you have a dream that began long ago that has been deferred?  The Lord is trustworthy to bring it about in His timing as He sees fit.  It takes patience though, doesn't it?  We, as humans are not always good at that.  This journey is going to take lots of time.  I live in the city, I do not have a horse, and have a full life.  So, the preparation now might be to practice for later.  But I can take all of the classes that are currently offered.  I even found some comfy cowboy boots!  Preparation can be hopeful and fun.  If you have a God-sized dream that has been deferred, I wonder what you might do to prepare for your longing to be fulfilled.