Headlines: How it all Began 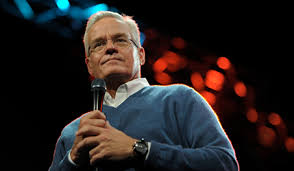 Headlines.  We see them all too often.  A pastor gets accused of acting out sexually with someone who isn't his wife.  Willow Creek Church is no exception over the past few months.  Sadly the way it was handled has left the church in a free fall of loss, all because of a leader who admits to "placing himself in situations that would have been far wiser to avoid" though more serious allegations are unfolding.  The phrase I have heard so often (you'd think it was taken from a handbook on what to say when you confess) is: "I thought I would take that to the grave."  Charm is deceptive indeed.  That is why I became trained in the field of sexual addiction treatment in 2006, 12 years ago this Fall - Headlines.

I was called by the Lord to help clergy.  Called to help them so that they would have healthy minds, relationships, spiritual walks, and as a result, healthy churches.  By 2006 I had been counseling for 6 years, then had the opportunity to be trained in the field of sexual addiction.  The reality of the frequent headlines like this is what drove me to accept the opportunity to transfer posts and learn what would change the trajectory of our lives and the lives of so many.

My husband Shane was an associate pastor while I was an interning therapist and we were often referred couples on a lay level that were struggling with betrayal and boundary issues.  We were not trained though, so it made sense to become trained formally so that I would have the skills to know how to help.  During one training, the description of an intimacy disorder felt all too familiar.  You see, I always felt like there was something missing between Shane and I.  It was easier to talk about other peoples issues than our own marriage.  I often felt rejected by him, and as a Pastor's wife I struggled with who to talk to about it.  I asked him after one of my trainings if he thought he was a sex addict.  Quite a question, eh?  He didn't even know what that meant, but in his defensive posture denied it.

Then one night after I came home seeing clients he handed me a letter that spelled it out.  We do not recommend that way of disclosing the truth, by the way.  Why?  Because that was the day I felt like I was hit by a Mac Truck.  He felt such a relief.  He finally came clean on his addiction to pornography and how he had kept it from me all of these years.  But that was the day I became a Relationship Trauma Survivor.

I was in shock at the reality I was in, now seeing clients and going through the same things they were enduring.  But, the Lord led us to a confidential ministry that could treat us with groups and therapists who were trained.  We began.  Just like he needed treatment for his addiction, I needed recovery for my wounds.  We did our own work, and the sex addiction that is better named an intimacy disorder has shaped our lives for the better.

What can help you avoid those headlines?  Don't assume the lie that you will be able to take a secret to the grave.  God's grace won't allow it.  His grace is sufficient for every wound, even your hidden one, maybe even especially your hidden one.  His power is made perfect in your weakness.  The beautiful thing about recovery is that you don't have to do it alone.  There is a treatment plan that works to bring freedom to your life.  All you need is the willingness to stop trusting yourself and trust a process, willingness to set boundaries you've been rationalizing and justifying for years, willingness to lay down your pride and charm, willingness to lean into your wife's pain.  It's not easy, but trust me...it is SOOOO worth it.  Will she ever forgive you?  I don't know, but it's not for you to ask. Learning how to apologize will work better.

I was told in an interview one time that I don't act like a "normal wife of a sex addict."  Now, someone could get bent out of shape over a comment like that, but what I wish I'd said in response was that I am not angry or worried ANYMORE because I have done recovery too.  Spouses of addicts are not enablers (an old unhelpful label), they are traumatized.  But I am thankful I made the choice to join Shane on the healing journey and found what I needed all of my life too.  So we both grew.  I got the husband I'd always dreamed of, and I've grown in ways I'd always needed to.  Now we are both so much more of who the Lord needs us to be, and we keep growing.